How To Create Snapchat Ads 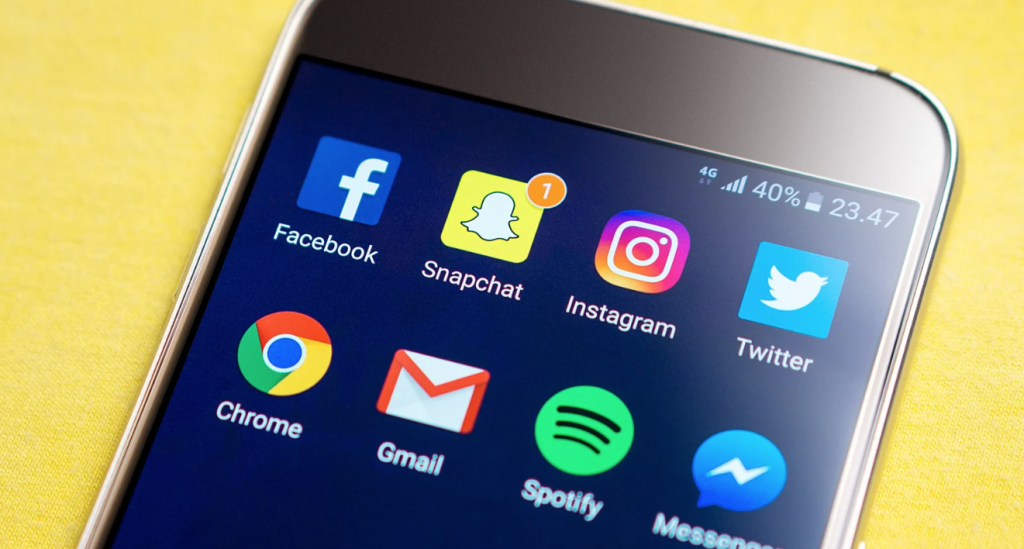 What are Snapchat Ads?

Snapchat ads are full-screen vertical videos that can be up to 10 seconds long. They are shown to Snapchat users in between organic pieces of content.

As an advertiser, you choose the action that occurs when a user swipes up on an ad. Swiping up on a Snapchat Ad can send the user to a website (most common), call or text you, play another video or install an app.

What are the benefits of advertising on Snapchat?

The main reason to advertise on Snapchat is to grow your business. Snapchat Ads provide instant gratification. They drive near-immediate traffic to your business. They’re also cheaper to run than other major paid social advertising channels.

However, not all traffic is equal. Traffic is only valuable if it drives revenue.

Facebook Ads and TikTok Ads are more profitable for the majority of businesses. This is because the traffic they typically drive is of a higher quality and converts at a higher rate.

Whether you should advertise on Snapchat Ads depends on your specific circumstances.

Who should create Snapchat Ads?

How To Create Snapchat Ads

2. How To Create A Snapchat Ads Campaign

Decide on a Goal

You need to have a concrete objective that you need to decide on beforehand so that ad design and the nature of the advertisement can centre on that.

From awareness to cataloguing sales, objectives of Snapchat ads can vary among different companies. Awareness ads are mainly used to assist a brand in expanding its audience and to make newer audiences more aware of you. Your ad objective could also be to increase installs for your app, which is the case for brands that only have apps for ecommerce sites.

Some companies want to make advertisements that focus on customer engagement and increases overall sales. So in this case, their main objective is engagement, which can later lead to an increase in sales. There are other objectives that can be set as well, such as an increase in Video views, which is self-explanatory.

Targeting Website conversions is also an achievable objective for companies who feel like they are not getting enough web traffic and sales on their web platform.

After you decide on what type of ad you want to run and the purpose behind the Snap ad, the next step on the list should be naming your campaign.

Giving a name to your campaign is giving it an identity, and it deeply impacts an ad campaign‘s success or failure. The name you give to your campaign must be relevant to your brand and what product you are putting there.

Finances and budgeting are important aspects not just for advertising but for any aspect of a company. Neglecting your finances could lead to bankruptcy, which makes properly managing your money and budgeting a major factor in advertising.

Additionally, you also need to understand how long your campaign will be running. A campaign posted for too short of a time period can reduce your profit, while an ad that ran for too long of a time period may lead to disinterest amongst the audience at some point.

For this reason, many variables such as these should be taken into account when posting an ad to ensure an optimal result in terms of productivity and efficiency.

3. How To Create An Audience In Snapchat Ads

After deciding on a viable daily budget, you need to navigate the Ad set details page, where you will be developing your advert set.

Here, you will be deciding on details that are crucial to your Snapchat Ad, including Ad format, type, and what attachment you would be using for your advert.

Up next, you will have to decide on Ad placement. You can choose the types of pages or the types of users who can see your ad and it is also a very easy way of targeting the right audience for your Snap ad.

After that comes the final crucial step, the cherry on top of your set, which is the setting where your ads will be visible. You can choose your desired target demographic through various filters, including location or age, or occupation.

4. How To Create A Snapchat Ad

Now that you managed to take care of the heavy lifting, all you have to do now is upload your Ad. At this part, you will have to fill in information about your ad, including details such as the call to action for your ad, its main headline, and any other additional information.

As mentioned earlier, Snapchat Ads are vertical videos that are under 10-seconds long.

The ads are simple, but there are many different types of ads to choose from.

With a single image or single video ad, all you have to do is put a single attachment and a link to your product’s website or download page, and the viewers can swipe up and go to that link.

According to a research study, the average human’s attention span is just 8.25 seconds! A brand has to catch a viewer’s attention in that minuscule span of time, which is why single attachment ads can be very effective.

When posting a collection Ad, you have the option to add up to four Snap tiles to your ad. This is mainly used by companies and businesses who want to showcase multiple products so that users can freely browse and traverse between these products.

A handy feature that Snapchat recently added in an update is the new “Discover” feed. Essentially, it is a news feed that shows you snap stories of well-known news channels or content from influencers who you have subscribed to.

Additionally, you can also feature your brand on the discover page by posting a Story Ad. The Story Ad is a great way to increase audience engagement and interaction with your brand, as most of the people using Snapchat would be found there.

These are yet another opportunity to show off your business, which uses the idea of augmented reality (AR) in the Snapchat Ad manager. You have the option to choose from a vast library of 3D objects, animations, and VFX in order to develop an AR lens unique to your brand.

The main purpose of this Ad is to increase audience engagement with the brand. AR Lenses allow the business to create an interactive, fun experience for the viewer while increasing engagement.

Geo filters are another opportunity for brands to put their creative acumen into practice to hook their audience. For starters, what are geo-filters? They are an overlay, graphic or text-based, which you can add over your snap, selecting from options by swiping left or right.

The primary use for these ads is normally for companies who want to target a specific area due to the ability to highlight neighborhoods or other sites of interest. However, they can be further refined by adding specific parameters to the filter, such as gender and age.

How To Get The Most Out Of Snapchat Ads

Now that you have knowledge of how to create a proper Snapchat Ad, there are some tips and tricks you should be aware of. These will further boost your advertisement’s efficiency and can even improve your conversion rate.

One effective way to increase your brand engagement and generate more views is by adding polls. Although Snapchat does not officially let you make and use polls, there are a number of third-party apps which can help you upload polls on your Snap ads.

You should also take advantage of Snapchat’s audience insights, as they are an essential tool for gathering data. Quantitative information is everything in this day and age, and audience insights provide you with an abundance of data and analytics which can help you in pinpointing hotspots and formulating a more effective Snapchat Ad strategy.

Finally, make sure that the ads you make for Snapchat also include audio, even if it is music, since it makes the video more engaging.

How Was Snapchat Started?

In July 2011, Cofounders Evan Speigel, Bobby Murphy, and Reggie Brown developed an app together. The purpose of this app was to send photos to others that would disappear after a set time. They initially named this app “Picaboo.”

Word started to go around about the app, and people from all over the globe slowly started to use it too. And by 2012, Picaboo officially changed its name to Snapchat.

The volume of Snapchat users started increasing exponentially as time went by, going from thousands to millions in a span of a few years. It started to emerge as a globally recognized app around 2014, with an article recording that 40% of 18-year-olds in the US were on Snapchat on a regular basis.

Nowadays, people consider Snapchat to be one of the most famous social media platforms alongside Facebook and Twitter, clocking in over 332 million users daily. It was only a matter of time before the marketing and advertising sector introduced the concept of Snapchat ads.

This rise in fame caused the emergence of Snapchat ads. But have you ever wondered why Snapchat?

While a lot of people do use this app, they also use other platforms like Instagram, Twitter, etc. So what makes Snapchat an efficient playground for businesses of varying scopes to nurture their brand? Well, one very important reason for that is the cost.

Since Snapchat is still the new kid on the block when it comes to marketing and advertisement, there is much less competition as compared to apps like Facebook and Instagram. This naturally means that Snapchat promotion is going to cost less money. This factor makes Snapchat a perfect place, especially for small-scale businesses, to develop a brand identity.

82% of teens in the USA use Snapchat at least once a month, beating the likes of Facebook and Instagram.

Although teens are the primary audience of Snapchat at the moment, they are making efforts to make the app more accessible and appealing to older audiences as well, insinuating that there is a much larger untapped audience The main reason why Snapchat is considered to be a “playground” for every Snapchat Ads manager is the existence of so many features assisting them in displaying their creativity. The app also comes with many advanced features ever since the emergence of Snapchat promotion. The purpose of this article is to highlight how you can use some of these features to create Swanky, eye-catching ads for your brand.

Hopefully you now know whether you should create Snapchat Ads and how to create them if you choose to. 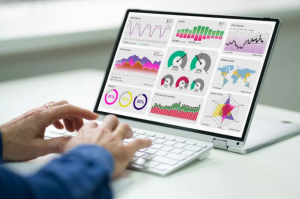 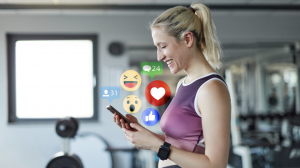 How To Become a Social Media Influencer 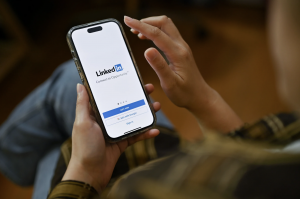 How To Tag Someone On LinkedIn 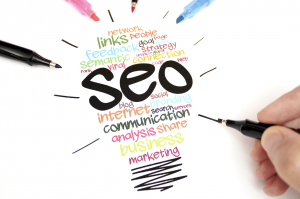 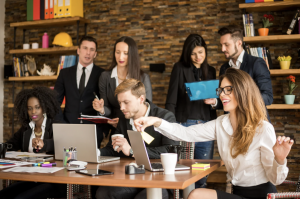 What is a Fractional CMO? 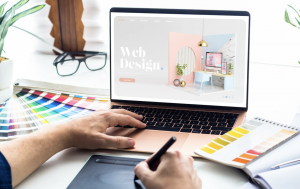 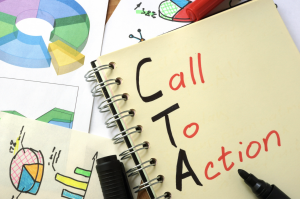 8 Types of CTAs and How to Use Them Effectively 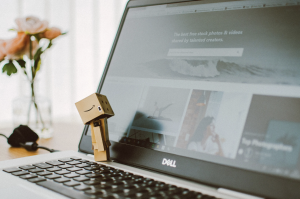 How To Become an Amazon Influencer 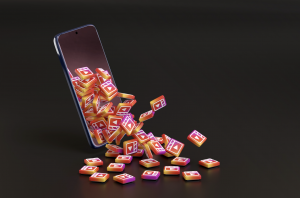 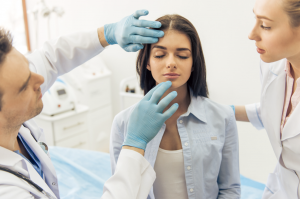 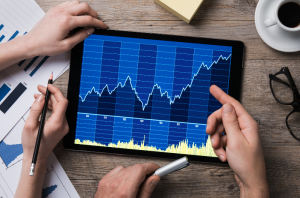 Growth Marketing: What It Is and Why Your Business Needs It 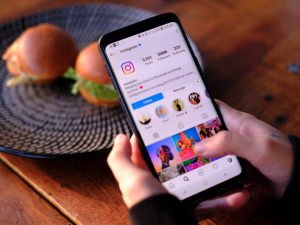 How To Become a Social Media Influencer

How To Tag Someone On LinkedIn

What is a Fractional CMO?

8 Types of CTAs and How to Use Them Effectively

How To Become an Amazon Influencer

Growth Marketing: What It Is and Why Your Business Needs It 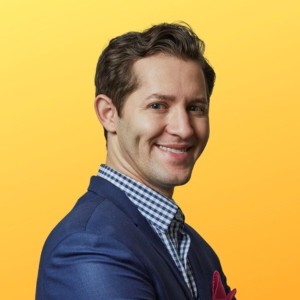 Hi! I'm Alex Golick. For the past 10+ years, I've been overseeing and implementing growth marketing strategies for brands. I've consulted to Fortune 5 companies and drastically grown businesses focused on eCommerce, SAAS, CPG, apparel, beauty, fine jewelry, pets, services, and real estate. I have also personally managed millions of dollars in monthly digital advertising spend. I'd love to help you achieve your growth goals. Please do reach out if you're looking for marketing help!
All Posts

SERVICES For Other Locations